For example, one of the simplest ways to define mass and its inertia can be found in Einstein General and Special Theories of Relativity and in the formula E=mc^2 that defines its relationship to energy. 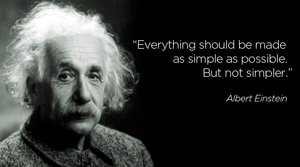 However, some researchers have chosen to ignore its simplicity by proposing that something called the Higgs mechanism is responsible mass and its inertia or its resistance to a change in velocity.

Briefly they have tried to show that the conditions for electroweak symmetry would be "broken" if an unusual type of field existed throughout the universe, and indeed, some fundamental particles would acquire mass. The field required for this to happen (which was purely hypothetical at the time) became known as the Higgs field (after Peter Higgs, one of the researchers) and the mechanism by which it led to symmetry breaking, known as the Higgs mechanism. A key feature of the necessary field is that it would take less energy for the field to have a non-zero value than a zero value, unlike all other known fields, therefore, the Higgs field has a non-zero value (or vacuum expectation) everywhere. This non-zero value could in theory break electroweak symmetry. It was the first proposal capable of showing how the weak force gauge bosons could have mass despite their governing symmetry, within a gauge invariant theory.

However, as was mentioned earlier the General Theory of Relativity provides a much simpler explanation as to what mass and inertia is.

This is because that theory defines gravitational energy in terms of a curved displacement in space-time which concentrates its energy in the apex of that curvature.  However, in doing so it essentially tells us that rest mass is a concentrated form of energy because that is the only thing that exists at the apex of that curvature.  Additionally, the experimentally confirmed of the equation E=mc^2 supports that assumption by defining relative concentrations of mass of all objects and particles to energy in a space-time environment in terms of the velocity of light squared.

On the other hand, accelerated motion is not relative because it is caused by a nonlinear curvature in space-time therefore each observer will have a different baseline for determining its energy depending on where he is in relation to the focal point of that curvature.  For example, the force of gravity increases as an observer approaches a mass because he is observing it form a different energy point on the curvature in space-time responsible for energy force.

To put it another way,  because Einstein defined mass in terms of the concentration of energy in space-time one must add the energy of the linear displacement he associated with relative velocity to derive the mass of all objects and particles.

This tells us the reason the mass and inertia of particles in particle accelerators increase as their velocity does is because one must add the energy associated with the linear displacement in space time caused by their velocity to their rest mass.

This definition of mass and inertia gives us a much simpler explanation than the one mentioned above which uses the Higgs boson for why one particle or object has a different mass from another and why it resists changes in its motion.   However it is not too simple because as was shown above it can explain all aspects of mass and inertia while having the advantage of being supported by a definable mechanism in terms of Einstein theories whereas I do not believe that as of today there is a fundamental explanation for the precise manner in which each of the known particle species interacts with the Higgs boson.

1k
Filed under: 1. Predictions | Comments Off on Everything should be made as simple as possible
Unifying Quantum and Relativistic Theories is based on WordPress platform.