A Quantum Singularity is a misnomer because it owes it existence to classical one created by a black hole not to its quantum mechanical properties. 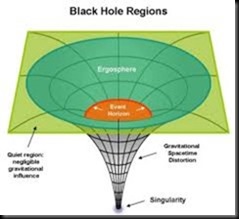 Even so many physicists assume it is the key to unifying Quantum mechanics with Einstein’s General and Special Theories of Relativity because they believe the gravitational collapse of matter in a black hole, predicted by his theories also predicts, with equal certainty the existence of a singularity, which by definition is infinitely small and quantum mechanical in nature. Therefore, due to the fact that they are caused by gravitational forces a theory of quantum gravity would be required to define its formation.

Its existence is based on a mathematical interpretation of General Theory of Relativity which tells us that when star starts to collapse after burning up its nuclear fuel and forms a black hole the gravitational forces of its mass become large enough to cause matter to collapse to zero volume or one that is governed by quantum mechanics.

However, even though there is observational evidence for the existence of black holes there never will be any for a singularity because according to the General Theory of Relativity nothing, including light can escape form one.

For example NASA’s Hubblesite tells us that "Astronomers have found convincing evidence for a black hole in the center of our own Milky Way galaxy, the galaxy NGC 4258, the giant elliptical galaxy M87, and several others. Scientists verified its existence by studying the speed of the clouds of gas orbiting those regions. In 1994, Hubble Space Telescope data measured the mass of an unseen object at the center of M87. Based on the motion of the material whirling about the center, the object is estimated to be about 3 billion times the mass of our Sun and appears to be concentrated into a space smaller than our solar system."

However, as mentioned earlier we will never be able to observe a singularity because they only exist inside black hole.  Therefore to determine their reality we must rely solely on the predictions of the General Theory of Relativity regarding their formation.

However this would only be true if the mathematics used to predict both a black hole and its singularity conform to the conceptual arguments associated with Einstein General Theory of Relativity because its existence is based solely on that mathematics of that theory and not on observations, as is the case of black holes.

In other words the fact that we can observe a black hole tells us the mathematics used to predict its existence has a valid basis in ideas of General Relativity.

However the same cannot be said about the existence of a singularity because the conceptual arguments found in that theory tells us that we cannot extrapolate the mathematics associated with it to the formation of a black hole.

To understand why we must look at how it describes both the collapse of a star to a black hole and then what happens to its mass after its formation.

Einstein in his General Theory of Relativity predicted time is dilated or moves slower when exposed to gravitational field than when it is not.  Therefore, according to Einstein’s theory a gravitational field, if strong enough it would stop time.

In 1915 Karl Schwarzschild discovered that according to it the gravitational field of a star greater than approximately 2.0 times a solar mass would stop the movement of time if it collapsed to a singularity.  He also defined the critical circumference or boundary in space around a singularity where the strength of a gravitational field will result in time being infinitely dilated or slowing to a stop.

In other words as a star contacts and its circumference decreases, the time dilation on its surface will increase.  At a certain point the contraction of that star will produce a gravitational field strong enough to stop the movement of time.  Therefore, the critical circumference defined by Karl Schwarzschild is a boundary in space where time stops relative to the space outside of that boundary.

This critical circumference is called the event horizon because an event that occurs on the inside of it cannot have any effect on the environment outside of it.

Yet many physicists, as mentioned earlier believe the existence of a singularity is an inevitable outcome of Einstein’s General Theory of Relativity.

However, it can be shown using the concepts developed by Einstein; this is not true.

In Kip S. Thorne book "Black Holes and Time Warps", he describes how in the winter of 1938-39 Robert Oppenheimer and Hartland Snyder computed the details of a stars collapse into a black hole using the concepts of General Relativity. On page 217 he describes what the collapse of a star would look like, form the viewpoint of an external observer who remains at a fixed circumference instead of riding inward with the collapsing stars matter. They realized the collapse of a star as seen from that reference frame would begin just the way every one would expect. "Like a rock dropped from a rooftop the stars surface falls downward slowly at first then more and more rapidly. However, according to the relativistic formulas developed by Oppenheimer and Snyder as the star nears its critical circumference the shrinkage would slow to a crawl to an external observer because of the time dilatation associated with the relative velocity of the star’s surface. The smaller the circumference of a star gets the more slowly it appears to collapse because the time dilation predicted by Einstein increases as the speed of the contraction increases until it becomes frozen at the critical circumference.

However, the time measured by the observer who is riding on the surface of a collapsing star will not be dilated because he or she is moving at the same velocity as its surface.

Therefore, the proponents of singularities say the contraction of a star can continue until it becomes a singularity because time has not stopped on its surface even though it has stopped to an observer who remains at fixed circumference to that star.

But one would have to draw a different conclusion if one viewed time dilation in terms of the gravitational field of a collapsing star from the reference frames of all observers as Einstein tells we must because they are all equivalence.

Einstein showed that time is dilated by a gravitational field. Therefore, the time dilation on the surface of a star will increase relative to an external observer as it collapses because, as mentioned earlier those forces at its surface increase as its circumference decrease.

This means, as it nears its critical circumference its shrinkage slows with respect to an external observer who is outside of the gravitation field because its increasing strength causes a slowing of time on its surface. The smaller the star gets the more slowly it appears to collapse because the gravitational field at its surface increase until time becomes frozen for the external observer at the critical circumference.

Therefore, the observations of an external observer would make using conceptual concepts of Einstein’s theory regarding time dilation caused by the gravitational field of a collapsing star would be identical to those predicted by Robert Oppenheimer and Hartland Snyder in terms of the velocity of its contraction.

However, as was mentioned earlier Einstein developed his Special Theory of Relativity based on the equivalence of all inertial reframes which he defined as frames that move freely under their own inertia neither "pushed not pulled by any force and therefore continue to move always onward in the same uniform motion as they began".

This means that one can view the contraction of a star with respect to the inertial reference frame that, according to Einstein exists in the exact center of the gravitational field of a collapsing star.

The surface of collapsing star from this viewpoint would look according to the field equations developed by Einstein as if the shrinkage slowed to a crawl as the star neared its critical circumference because of the increasing strength of the gravitation field at the star’s surface relative to its center. The smaller it gets the more slowly it appears to collapse because the gravitational field at its surface increases until time becomes frozen at the critical circumference.

Therefore, because time stops or becomes frozen at the critical circumference for both an observer who is at the center of the clasping mass and one who is at a fixed distance from its surface the contraction cannot continue from either of their perspectives.

However, Einstein in his general theory showed that a reference frame that was free falling in a gravitational field could also be considered an inertial reference frame.

This indicates that point on the surface of an imploding star, according to Einstein’s theories could also be considered an inertial reference frame because an observer who is on the riding on it will not experience the gravitational forces of the collapsing star.

However, according to the Einstein theory, as a star nears its critical circumference an observer who is on its surface will perceive the differential magnitude of the gravitational field relative to an observer who is in an external reference frame or, as mentioned earlier is at its center to be increasing. Therefore, he or she will perceive time in those reference frames that are not on its surface slowing to a crawl as it approaches the critical circumference. The smaller it gets the more slowly time appears to move with respect to an external reference frame until it becomes frozen at the critical circumference.Therefore, time would be infinitely dilated or stop in all reference that are not on the surface of a collapsing star from the perspective of someone who was on that surface.

There are some who claim that irregularities in the velocity of contractions in the mass forming the black hole would allow it continue to collapse beyond its event horizon. However Einstein’s theories tells us that time would move slower for the faster moving mass components than the slower ones thereby allowing the them to catch up with their faster moving onew so they will be moving at the same speed when they reach the event horizon.

This means, as was just shown according to Einstein’s concepts time stops on the surface of a collapsing star from the perspective of all observers when viewed in terms of the gravitational forces. Therefore it cannot move beyond the critical circumference because motion cannot occur in an environment where time has stopped.

This contradicts the assumption made by many that the implosion would continue for an observer who was riding on its surface.

Therefore, based on the conceptual principles of Einstein’s theories relating to time dilation caused by a gravitational field of a collapsing star it cannot implode to a singularity as many physicists believe and must maintain a quantifiable minimum volume which is equal to or greater than the critical circumference defined by Karl Schwarzschild.

This means either the conceptual ideas developed by Einstein are incorrect or there must be an alternative solution to the field equations that many physicists used to predict the existence of singularities because, as has just been shown the mathematical predications made by it regarding their existence is contradictory to conceptual framework of his theories.

As was mentioned earlier many physicists think the key to unifying Quantum mechanics with Einstein’s General and Special Theories of Relativity is the singularity that some of the mathematical models say exists in black holes.   However, as was show above their existence is not supported by his theories.