Mach, an Austrian physicist and philosopher developed a principle which some have interpreted as the motion of such a particle’s has no meaning if it was alone in the universe. 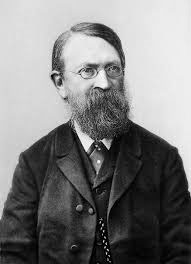 In Mach’s words, “the principle is expressed as the investigator must have knowledge of the immediate connections, say, of the masses of the universe. There will hover before him as an ideal insight into the principles of the whole matter, from which accelerated and inertial motions will result in the same way.”

Einstein considered Mach prospective so important to the development of General Relativity that he christened it Mach’s principle and used it to explain why inertia originates in a kind of interaction between bodies.

For example, according to General Relativity, the benchmarks for all motion, and accelerated motion in particular, are freely falling observers who have fully given in to gravity and are being acted on by no other forces. Now, a key point is that the gravitational force to which a freely falling observer acquiesces arises from all the matter (and energy) spread throughout the cosmos.Â In other words, in general relativity, when an object is said to be accelerating, it means the object is accelerating with respect to a benchmark determined by matter spread throughout the universe. That’s a conclusion which has the feel of what Mach advocated. So, in this sense, general relativity does incorporate some of Mach’s thinking.

However, he provided another way of defining inertia that does not require the existence of any other objects but relies only on the geometric properties of space defined in his General Theory of Relativity. In other words, geometry of space itself provides an absolute baseline for inertia.

In physics inertia is the resistance a physical object to a change in its velocity. Therefore, one can define a baseline for its measurement if one can find a universal starting point for it based on objects velocity.

One of the most logical ways to do that would be to use the observable differences between the two types of motion; velocities and accelerations.

For example, velocities transverse the same space or distance in a given time frame while accelerations transverse an exponentially increasing distance over that same time period.

This tells us the primary difference between them is a component of space not time because if one uses the same time frame for both the only thing that distinguishes them is the distance they transverse.

However, Einstein defined the geometry of space and our universe in terms of time therefore, because space not time is, the variable that distinguishes velocities from accelerations, we should look for a way to define motion and it energy purely in terms of its spatial properties.

Einstein gave us the ability to do this when he defined the mathematical relationship between space, time and energy in terms of the constant velocity of light because in doing so, he provided a method of converting a unit of time in a space-time environment to its equivalent unit of space in four *spatial*Â  dimensions. Additionally, because the velocity of light is constant, he also defined a one to one quantitative and qualitative correspondence between his space-time universe and one made up of four *spatial* dimensions.

In other words, Einstein’s mathematics actually defines two mathematically equivalent physical models of the universe, one consisting of four-dimensional space-time and one of only four *spatial* dimensions.

This allows one to define the energy associated with both accelerations and velocities, in terms of a displacement in a “surface” of a three-dimensional space manifold with respect to a fourth *spatial* dimension as well as one in four-dimensional space-time.

In other words, using the spatially equivalent model of Einstein space-time theories one could define the energy associated with velocities in terms of a linear displacement in the “surface” of a three-dimensional space manifold with respect to a fourth *spatial* dimension because it remains constant as an object moves though space.

While one would define accelerations both gravitational and non gravitational in terms of a non-linear displacement or curvature in that “surface” because, as was mentioned earlier it increases as a object move though space.

In other words, the greater the relative velocities or accelerations the greater the displacement or curvature in the “surface” of the three dimensional space manifold with respect to fourth *spatial* dimension associated with their motion.

What makes accelerated motion different from velocities is that they do not create an energy gradient in space necessary to activate the human senses or measuring instruments because, as was just mentioned the displacement they create is linear with respect to the “surface” of the three dimensional space manifold with respect to a fourth *spatial* dimension

Therefore, the reason it only makes sense to say that this is moving with respect something is because referencing it to that something provides an energy gradient or differential which can activate measuring equipment or human senses.

However, because Einstein tells us the displacement in the “surface” of a three-dimensional space manifold with respect to fourth *spatial *dimension associated with accelerated motion is non-linear it will intrinsically create an energy gradient between two points space.

This also allows one to define a universal baseline for the measurement of inertia in terms of the linear displacement in that “surface” because as mentioned earlier it defines the energy level of all constant motion.Â

As was mentioned earlier, in physics inertia is a measure of the resistance or force (over a given time period) required to the change the velocity of a physical object. Therefore, to define an absolute benchmark for measuring it one must first define a starting point for the energy gradient that, as mentioned earlier is responsible for acceleration.Â Additionally to make it universal benchmark that point must be the same of all objects and particles.

Some have said that one cannot measure the inertia of a particle or object that exists alone in the universe because one cannot reference its movements to anything.Â  However, referencing its velocity with respect to the universe is not relevant to its measurement because Einstein tells us that the energy of velocity is made up of two parts.Â  One is the energy of associated with its velocity and the other is that of the energy of it’s rest mass defined by the equation E=mc^2.Â  Therefore, because the displacement that defines a object is made up of two parts the energy of its rest mass and that of its velocity does not need to be reference to any other object or particle. In other words the mass of the object provides the displacement or baseline for measuring the inertia of a particle or object at rest. Therefore, its movement or velocity or lack of it with respect to the entire universe will not effect that measurement because it is determined only by the energy required to produce a change in its velocity or the displacement the “surface” of a three dimensional space manifold with respect to a fourth *spatial* dimension that is responsible for that change.

This shows how one can derive a universal baseline for measuring the inertia of all particles and objects in terms of the physical geometry of space as defined by Einstein.

It should be remembered that Einstein, by defining the universe’s geometry in terms of the constant velocity of light allows us to choose whether to define inertia either a space-time environment or one consisting of four *spatial* dimension.